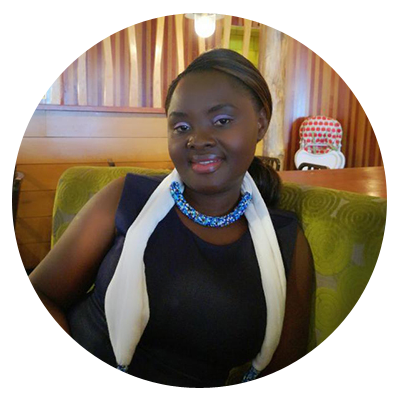 On January 3, 2000, a British Airways plane landed at Gatwick Airport, the UK, at 4am. It was a long-haul flight from Entebbe International Airport. One of the passengers on that plane was a Ugandan girl, barely 20 years old, travelling solo. Her name, Justina Nakimuli Kigozi.

She was in London for an interview that would afford her a rare opportunity to study in the UK. Nakimuli had heard that it was winter in the UK.

She had shopped for warm clothing before she left home. As soon as she stepped outside the terminal to wait for her pick up, she froze. Quite literally. All the excitement left. Nakimuli was accosted by a coldness that was completely alien to her; minus three degrees Celsius.

“I had two numbers to contact for pick up. One went on voicemail. The second number was picked up and the person advised me to get a train to a town called Upton Park East London,” she says.

The thought of finding the train station by herself alone was unnerving. She had been thrust into the deep end by her own mother. A strange confusion engulfed her. Probably more from the extreme cold than from anything else. She sat down in an airport chair and cried.

The events of the last 18 hours that led up to this trip played in her mind like an old, black and white horror movie. Her mum had woken up the morning before this one and told her to dress up and come with her to town. At the time, Nakimuli was a freshman student at Nakawa Business School. She had had to cancel the classes of that day to come along with her mother on this mystery trip to town.

“My mother took me straight to the British Embassy where we joined a very long queue. She announced that I had an interview that morning for a student visa in UK,” she remembers.

She left the embassy that day with a six-month visitor’s visa to attend an interview with City University School of Nursing and Midwifery. Nakimuli immediately started planning to use the next few days breaking the good news and saying her goodbyes. But that would never be.

She had underestimated her mum’s prior preparation. On their way back from the embassy that same afternoon, the two passed by a Tours and Travel Company where they picked up a plane ticket. The flight was slated for that same evening.

Here she was, seated on this freezing airport chair, thinking about what a horrible idea this trip was. Luckily, a Ugandan woman who had been on the same British Airways plane came across the shivering, weeping Nakimuli. As it turned out, she was going to Newham, just one stop after Upton Park. And that is how Nakimuli survived her first morning in London.

The temptations
All the initial trouble was gone about two weeks later when she was informed that she had passed the interview. She was officially accepted by City University of London. Then came the biggest temptation that can ever accost a Ugandan student in the UK: the pull to ditch school and make Kyeeyo money.

“The majority of people I came across in my first days in the UK did regular jobs but earned astronomical amounts of money. I was introduced to an agency and commenced similar jobs,” she says.

For nine months she did these jobs. And for nine months, she contemplated cancelling her university admission. But one a family friend reminded her of her mother’s expectations. Self-awareness returned. Sanity reigned again. Nakimuli remembered why she had travelled to London.

She remembered how much she loved education. She also remembered how the Kyeeyo jobs were extremely exhausting for her young frame. How she would return home accosted by fiery tingles in her toes. So she ditched the jobs in time for the commencement of her course in September of 2000.

“I lost my chance to earn money and buying designer clothes, but I started on a professional path in life that has fulfilled me,” she says.

Nakimuli would start her mental health nursing course at the City University of London. Lady luck was on her side too. She was granted a bursary by the National Health Service (NHS) as a student from a low income country. Three years later, she received her Higher Diploma, the highest qualification in nursing at the time. She promptly commenced work as a forensic mental health practitioner.

Nakimuli quickly realised this is not where she wanted to settle. So she worked extra hard. As a result, her bosses could perceive her capacity from a mile away. Within a year she became a deputy nurse manager.

Priorities
At a time that Nakimuli was getting very busy with her managerial work, an intimate desire to become a mother hit her. This desire was intensified by the fact that almost all the women in senior positions at NHS neither had children nor were they in settled relationships. This not only concerned her, it utterly shocked her. Nakimuli didn’t want to be like that.

“So I took time to settle into starting a family. I would have to find ways of incorporating work targets with my family responsibilities,” she says.

Nakimuli got married in 2004 and by 2007 when she returned to school to improve her qualifications, via CPD (Continuous Professional Development), she had three children and a happy husband. Now she’d have to juggle her fulltime employment with school and looking after her family.

In 2009, she would achieve an honours degree in psychiatric nursing care, which she followed with another bachelor’s in psychological interventions in 2014 and an MSC in international Public health in 2018.

She is currently pursuing a PhD in Adolescent Psychiatry. So much for someone who was tempted to cancel her first university admission.

Mental health expert
Today, Nakimuli is a mental health expert. Musawo Justina is a household name not only in the Ugandan community in the UK, but also in many other Black, Asian and other Ethnic Minorities (BAME). On top of doing face-to-face meetings with patients, under her organisation MindBody&Soul for Mental Health in BAME, she runs regular live online videos three weekends out every month. Her main intention is to bridge the information gap about mental health. Nakimuli explains her reasons for deciding to create her organisation thus:

“I had noticed the massive knowledge gap between psychiatry and physical health in the Ugandan diaspora. No different from the case back home, really. The time I spent in clinical practice also made me realise that the British gave no consideration to the cultural intersection of the BAME communities.

They felt misunderstood. They avoided services which only made them more unwell. Some have immigration issues that they are afraid to disclose to a British healthcare professional but might feel understood by a Black professional.

All this prompted me to think of ways of targeting my community.”

It is these videos that have endeared her to so many in the UK, especially during the coronavirus lockdown. The videos are equivalent to free medical consultations. She also runs Centre for Psychological Mental Health in Kansanga, here in Kampala.

Full Article in the Daily Monitor